Please enter your username or email address. You will receive a link to create a new password via email.

Most visitors came from:

The countries with the most significant increase were:

A positive trend was maintained by visitors from the European Union: 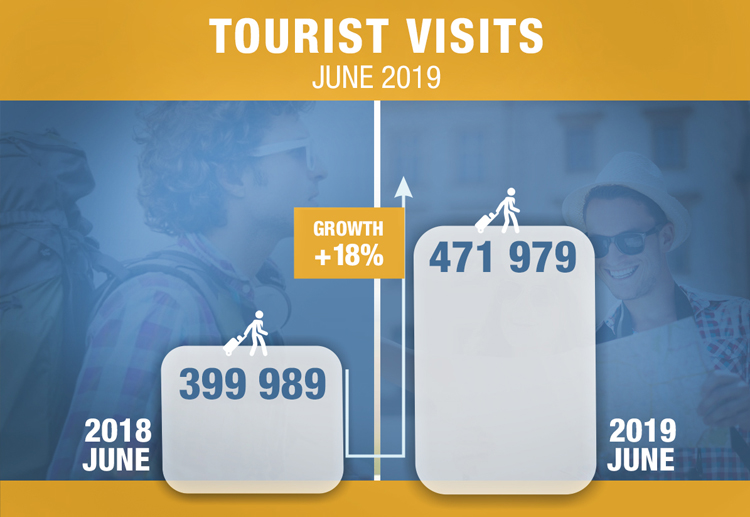 How did Georgia benefit from more visitors?

In January-May 2019, international tourism revenue reached $1.1 billion, which is $101 million more compared to the same period of 2018.

Georgian authorities are claiming that overall the country is a safe destination for travellers from any country, including Russia. Accent on Russian tourists was made after the warnings for them from Russian authorities that travelling to Georgia is no longer safe for them.

Also, in response to Russian President Vladimir Putin’s recent ban on flights with Georgia a social campaign under the hashtag #VisitGeorgia and #SpendYourSummerinGeorgia started in Georgia where Georgians as well as foreign visitors share their personal experience of travelling in the country and inviting everyone to support the tourism industry by travelling to Georgia this year.

Foreign embassies in Georgia have also joined the campaign and are promoting the country as a tourism destination, sharing their personal experience of travelling in Georgia on their Twitter accounts.

Number of tourists visiting Georgia increases 18% in May 2019

Coronavirus opens the markets of Egypt and Georgia

In the spring of 2020, previously closed but very popular tourist destinations will be opened for...

New Hotel Gudauri Lodge to be Opened in Gudauri

In the winter resort, Gudauri, new hotel "Gudauri Lodge" is opened. The implementation of the...

On January 16, Georgia was named as the destination of the year at the largest international...